“Leadership is an inside job.”

That’s how Frank DiLallo began his work with this group of 2017 leadership students on Saturday afternoon. He described to the students that any work they do for their team has to be supplemented with the inner work of conscious self-care.

With a quick show of hands, he confirmed that most students in the room had felt burnout. That’s why it’s so important to make stress a friend, not an enemy.

He underscored that concept by telling the leaders before him the story of a young man named David. He started using marijuana as a way to cope with stressors, believing that it wouldn’t be a problem for him.

Seven months ago, David died of a heroin overdose. He was Frank’s son.

He went on to warn of the dangers of “leadership zappers:” high-risk behaviors like using alcohol, tobacco, and other drugs; as well as early sexual experiences and bullying.

On the flip side, there are factors you can use to put you into a flow state. Each person will find their own combination of the right amount of stress that results in peak performance. The example Frank shared was a well-tuned guitar string: just enough tension that the result is the best it can be.

The session ended with a guided meditation, and Frank reminded the students that they could do this anytime.

Self-care seems like a big job, but it doesn’t have to be. After all, we’re only going to be as good to others as we are to ourselves. 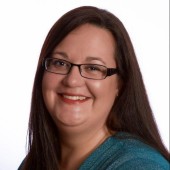 Get Ready for the Yamaha Young Performing Artists!

The Leadership Weekend Experience Kicks Off!